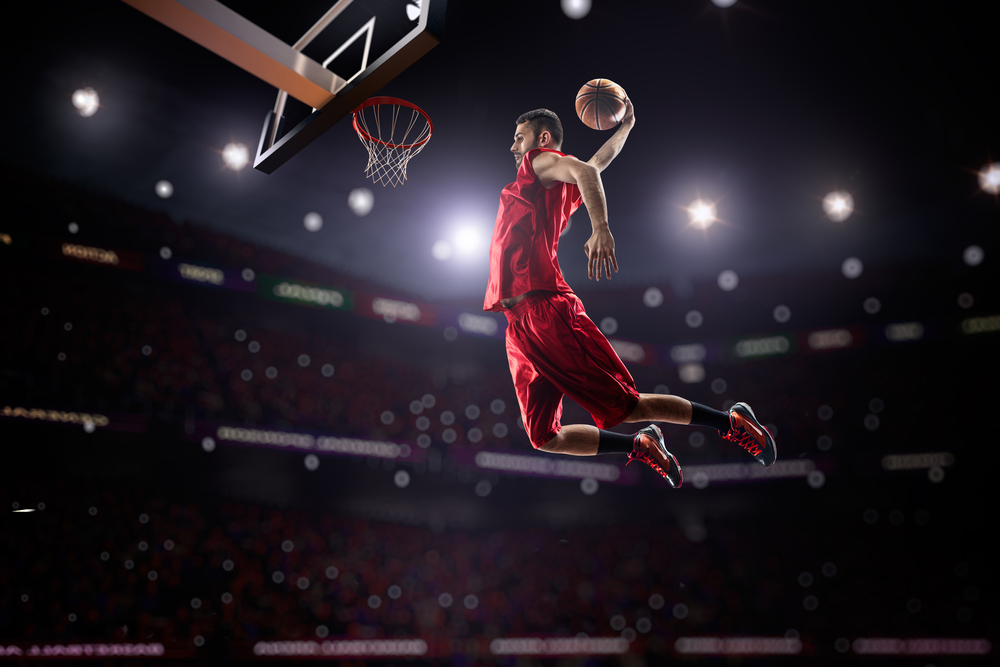 Fantasy basketball is a game that has been around for decades and it continues to be one of the most popular forms of fantasy sports.

In this article, we will go over what fantasy basketball is as well as how to play.

We’ll also share some tips and tricks on how you can dominate your league this year!

What Is Fantasy Basketball?

Fantasy basketball is a fantasy sport that uses individual players from the NBA to create your own team.

You get points based on how well they play and what their stats are. In order to win, you have to draft good players who will put up high numbers every night so you can rack in the wins!

The history of fantasy basketball goes back to the 1980s when it was created by a man named Daniel Okrent. It started out as something that only his friends and family played but over time, it became a beloved form of fantasy sports that is now played by tens of millions around the world.

March Madness is the most popular time of year for fantasy basketball.

That’s because there are so many games in such a short period of time that you can really rack up the points if you have good players. Now that you know what fantasy basketball is, let’s go over how to play!

There are a few different ways you can play fantasy basketball: head-to-head, rotisserie, and category leagues. Each one of the league types is very similar to what we see in other sports such as football or baseball.

Head-To-Head Leagues – In this type of league there are two teams competing against each other in a single-elimination type system. You’ll play every team in your league and whoever has the best record at the end of it all wins! It’s fast-paced and competitive, what more could you want?

Rotisserie Leagues – In this format, there is no playoff or championship game; instead, players earn points according to how their team finishes in the standings. This type of fantasy basketball is what we see on ESPN and what most people are used to playing.

Categories Leagues – The categories league allows you to choose players based on how many points they score, assists they get, rebounds they make, etc… There are no limitations with this format which means it can be very competitive.

The Basics Of Playing Fantasy Basketball

In order to play fantasy basketball, you need a league with other people who also want to participate! Once everyone is in agreement and has paid their entry fee (usually $20-$50), it’s time for the draft. The NBA regular season schedule runs from October until April so you should try and start your fantasy basketball season around the same time to stay in sync with what’s happening on the court.

In a real-world draft, you have a certain amount of time that everyone has to make their pick before it moves onto someone else and this continues until there are no more players left. In fantasy sports, we use what is called an “auto pick” and what this means is that the computer drafts your player for you. It’s a good tool to use if you can’t make it to the draft or if you don’t want to spend hours on end trying to decide who should be taken first overall.

During your fantasy basketball season, you will have many different types of scoring periods. For example, you will have what is called a “weekly lock” which means your players’ scores are added up for the week, and whoever has the most points wins! You can also play by what’s known as a daily lock where each day there will be different results so it’ll always feel fresh!

The Different Types Of Leagues You Can Join

There are many different types of fantasy basketball leagues you can play in. Depending on what your goals are, you may want to join a league that requires the least amount of commitment or one where there’s lots of action every day!

Active Leagues – These are for people who have lots of time to follow what is happening in the NBA and make their fantasy picks accordingly. You don’t have to worry about what’s going on each day because you can check back in a few times per week to see what your players scored!

Shallow Leagues – If you want less of a time commitment, shallow leagues are the way to go. This is where it will feel like you have a team in the NBA, but you only need to pay attention when something significant happens!

Deep Leagues – If what you want is a lot of action and scores throughout your fantasy season, deep leagues are for you. You will be checking back on what’s going on with your players every day or even multiple times per day which can be a lot of fun.

Drafting Your Team For The Season

When it comes to what players you should draft for your fantasy basketball team, there are many different factors that can be taken into consideration depending on what type of league you’re in and what kind of categories they use!

For example; if the scoring system is based on what a player does on offense, what he makes for assists will be crucial. If you’re playing in a shallow league and it’s about how many points each player scores, then what they make from free throws is going to be the category that matters most!

In deeper leagues where there are more categories used such as turnovers or rebounds, your strategy will be different than what it is in a shallow league. You might just want to draft the best scorer even if he doesn’t get many rebounds because you can still earn points with what your players do elsewhere on the court!

Tricks To Help You Win Your League This Year!

If you’ve never played fantasy basketball before, or you’ve played before but never won, there are a few things you can do to help tip the scales in your favor.

For example, what you do with your first few draft picks is going to be a huge deciding factor on how well you’ll do this season! It’s generally accepted that the best way to go about drafting your team is by focusing just on what players have been doing recently. So if someone has had an amazing couple of games, don’t be afraid to take them in the first round!

Additionally, what you do with your free agency and trades throughout the season is going to be what determines whether or not you win. If someone on your team gets injured, make sure that their replacement will bring everything they can for what’s left of this year so you don’t get stuck at the bottom of the rankings!

The next tip is what you do with what’s called your waiver wire. There are always players who get injured, suspended, or traded which can make them available in free agency! This is what will help give your team the advantage over everyone else when it comes to playing fantasy basketball this year!

Also, what you do in the off-season is what will help determine how successful your fantasy basketball season is. If there are trades or free agency signings that make sense, try to take advantage of them! This way when it comes to draft time, you’ll know what players will be available and what kind of strategies might work best for what league you’re in!

Fantasy basketball is an exciting, addicting game to play with friends and family. With the right tips and tricks for this year’s season, you can win your league! So what are you waiting for? Learn how to play today by watching our tutorial video or reading through our blog post on everything from drafting your team to playing in a daily fantasy format. It’s never too late to start planning out your strategy now so that come March Madness time, you will be ready!